Just another day, another set of geeky onesies that I find amusing. I’m calling this the top geek onesies of September 2013, although honestly this is just a series of more onesies I have not previously featured, so your understanding of the top x of x should include that there are others.

Nothing says you want your baby to be less than 90 degrees at all time like slapping an Acute Baby onesie on them. Probably works much better as a safety measure if you specify Fahrenheit though.

When just one Pi isn’t enough, or perhaps you want to bring up reference to the Octomom, an octopi onesie allows you to lightly tell the world that your math humor goes as deep as puns in the animal and math kingdoms.

The world of Transformers and ironic hipster mustaches collide as robots battle it out over overpriced Pabst Blue Ribbon at somewhat seedy-seeming dive bars that really aren’t dive bars for anyone other than hipsters.

I (splat) zombies brings the thrill of two or three years ago when you and your friends got together and formed zombie defense plans and the CDC endorsed it. Somewhat less thrilling was shortly after that shows featuring survivalists came on and they were so much less interesting than you would have imaged.

Still, it’s a fun way to teach your friends about the dreaded zeds. Only including this as it’s in 2T… I know it’s not a onesie. It’s late and I suck.

Have a heart, or have two. Bowties are cool and so is Doctor Who, although honestly I do start wondering why everyone seems to want him around when all he does is bring a wake of death behind him.

With this onesie you can teach your children to never use a weapon as they’re bad and make you a primitive… unless you’re the doctor and get annoyed, then you can blow up whole civilizations of creatures you worry might adversely affect the people you like. 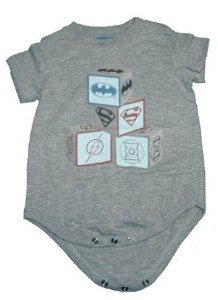 You’ve got your basic hierarchy of DC beatdowns here – Flash and Green lantern on the tier of might go one way or the other, Superman in a class by himself able to end Flash and Green Lantern, and of course Batman who can end all of them and already has the plans and methods ready. 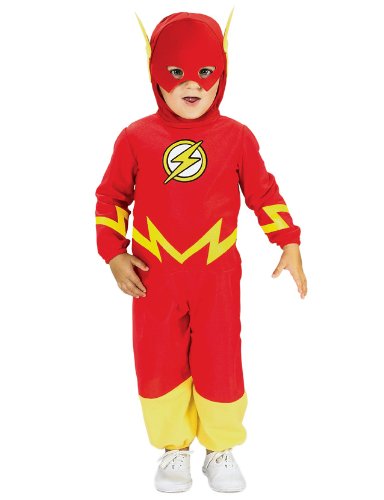 If you’re not familiar with that particular pun, it involves something happening with the Flash’s childhood that involved his mother being killed, or not killed, and based on this the earth was off kilter by roughly 1500 miles causing Superman to come down as a baby in Metropolis several years before the Flash’s mom event.

You can watch the movie they made about it, but after the comics I was left wondering what the everloving eff